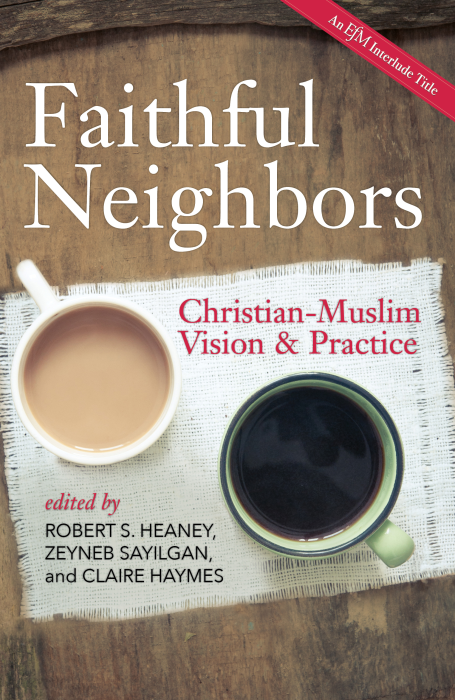 Based on the strong, on-going work of the Center for Anglican Studies at Virginia Theological Seminary, Faithful Neighbors outlines an introduction to the rationale for interfaith work through both theological and practical viewpoints, using stories from real experiences of interfaith cooperation to offer encouragement, inspiration, and practical steps to do the same.

The book has eight chapters in three main sections. Section one provides a Christian and Muslim rationale for engaging with the Other. Section two outlines stories of those involved in interfaith work in a series of contexts: academic research, intercultural, pastoral care, youth work, and peace work. The concluding section details recommendations and resources for best practice. Faithful Neighbors exhorts both Muslims and Christians to be faithful neighbors drawing on their traditions and real life practice for the sake of life-giving community.

Audience: Particularly aimed at those with little or no interfaith experience as believers, faith leaders, prospective leaders, and members of local faith communities and people in the pews. The assumption is that, as members of faith communities, the audience will have some awareness of major religious and theological categories and concepts.

Munira Salim Abdalla was born on the island of Mombasa, Kenya, in East Africa. Her parents were the original Bantus and of Omani Arab descent. As a Muslim, she felt blessed to have parents give her the opportunity to attend a Catholic elementary school, a public secondary and high school, and the Seventh-day Adventist University of Eastern Africa in Kenya, which is affiliated with Andrews University in Michigan. In 1988, after moving to the United States, she worked as a professional fund-raiser and also as a regional advertising sales executive. She now serves on the boards of the Fredericksburg Area Food Bank, Rappahannock Community Health Center, and the Interfaith Council. Currently she is the executive director of Imani Multicultural Center and interfaith chaplain and chief administrator of Islamic Ummah of Fredericksburg, a new Islamic center in Fredericksburg, Virginia.

M. Imad Damaj, was born in Beirut, Lebanon, and attended college at the University of Paris, where he earned his doctorate in pharmacology in 1991. He is currently Professor of Pharmacology and Toxicology at Virginia Commonwealth University School of Medicine. Imad is faculty advisor for the Muslim Student Association at Virginia Commonwealth University. He is also the founder and president of the Virginia Muslim Coalition for Public Affairs. He is active in civic affairs in central Virginia.

David T. Gortner is director of the Doctor of Ministry Program and Professor of Evangelism and Congregational Leadership at Virginia Theological Seminary. He is an Episcopal priest with a Ph.D. in psychology and human development from the University of Chicago. David has served in educational, congregational, health-care, and public-ministry settings for more than twenty years. As a Christian leader, he has dedicated much of his ministry to strengthening clergy’s religious leadership; empowering congregations in their faith, public witness, and community engagement; and building bridges between religious and secular organizations for the sake of healthier cities and neighborhoods. He taught and worked with Eboo Patel when he was first launching the Interfaith Youth Core, learned with great teachers about Islam, Buddhism, and the art of multifaith education, and has continued to find ways to bring people of different faiths together for deep dialogue and meaningful community service.

Taalibah Hassan was born and raised in Washington, dc. She attended parochial schools in her early years and was exposed to and reclaimed Islam as her way of life while attending Boston University. She graduated from Howard University with both undergraduate and graduate degrees in education and taught advanced-placement biology and other science courses for more than thirty years. Taalibah has been involved with the Interfaith Conference of Metropolitan Washington for more than fifteen years, mainly as a passive participant in the annual concerts, until receiving facilitator training that ignited a passion for interfaith dialogue. She now is a practicing facilitator and is actively involved in interfaith activities several times a month.  She holds a graduate certificate in Muslim-Christian studies from the Washington Theological Consortium.

Claire Haymes served as program coordinator in the Center for Anglican Communion Studies at Virginia Theological Seminary from 2013 to 2016. Holding degrees from the University of Oxford and the University of Bath, she previously worked as staff interpreter and translator for the German federal government in the area of international development, subsequently interpreting and translating as a freelancer based variously in Washington, dc; Athens, Greece; and Bangkok. Claire has worshiped at Anglican churches in Europe, Africa, and Asia and has been active in three different churches in Northern

Virginia. She is convinced of the transformative power of relationship-building and feels privileged to have worked in contexts where the relationships among people of faith, as they seek to be a part of the mission of God, are assigned such great importance.

Robert S. Heaney is an Anglican priest ordained in the Church of Ireland and is the director of the Center for Anglican Communion Studies and Associate Professor of Christian Mission, Virginia Theological Seminary. He holds doctorates in philosophical theology (Milltown Institute of Theology and Philosophy) and postcolonial theology (University of Oxford). Robert is the author of numerous articles and the book From Historical to Critical Post-colonial Theology (Pickwick, 2015).

She has served churches in Georgia, Tennessee, Florida, Massachusetts, and Virginia. Gay is currently serving as associate rector at St. George’s Episcopal in Fredericksburg, Virginia, where she continues her work with children, youth and adult Christian formation and education, and world mission and interfaith relations. In addition to her service to the church and community, she also is a beekeeper.

William L. Sachs is an Episcopal priest and historian and the director of the Center for Interfaith Reconciliation at St. Stephen’s Church in Richmond, Virginia. He is the author of six books and more than two hundred articles and reviews, most focused on modern Christianity’s social experience. William was born in Richmond and earned his Ph.D. at the University of Chicago in the history of Christianity, after completing theological degrees at Vanderbilt and Yale. He has traveled across the Muslim world and has participated in interfaith conferences in the United States and abroad and served churches in Virginia, Connecticut, and Chicago.

Salih Sayilgan is a Ph.D. candidate in religion and culture in the School of Theology and Religious Studies at the Catholic University of America, where he also teaches courses on Islam, the Qur’an, and world religions. He received his M.A. in religious studies from the University of Alberta in Canada. Salih was first drawn to the interfaith enterprise through his work at a nongovernmental organization in Istanbul, where he had the opportunity to engage with scholars and activists from around the world. By listening to Christian theologians, he became interested in studying theology from a comparative perspective. He decided to spend a year as the first Muslim exchange student at Virginia Theological Seminary. It was at VTS where he had the chance to deepen his understanding of the Christian faith and also to meet many other faith practitioners in the diverse northern Virginia region.

Zeyneb Sayilgan grew up in Germany as the child of Kurdish Muslim immigrants from Turkey. She is the Senior Fellow in Peace and Reconciliation and the Henry Luce Muslim Visiting Professor at the Center for Anglican Communion Studies, Virginia Th eological Seminary. Zeyneb holds a Ph.D. in theology from Georgetown University and is the book-review editor of the Journal of Studies of Interreligious Dialogue and a reviewer for the Journal of Ecumenical Studies.

Brandon E. Turner is a Ph.D. candidate in religion and culture at the Catholic University of America, where he is working on an ethnographic dissertation exploring how young American Muslims understand and/or define the notion of “being religious” in the American context. Within his home tradition of Christianity, his passion has most frequently been displayed in his attempts to bridge the “ecumenical gap” that exists between denominations. Within the larger context of world citizenship,

he has worked to create dialogue between representatives of different faiths. His interests in interfaith work are rooted in the simple conviction that we all will benefit (academically and spiritually) when we take time to learn about other traditions and when we seek opportunities to befriend individuals who are different than us.

Hartley Wensing is the special projects coordinator in the Center for Anglican Communion Studies. She received her bachelor’s degree in religion from Princeton University and her M.S. in educational policy studies at Florida State University. Her background includes extensive experience in cross-cultural programming and leadership development for youth and community engagement efforts in the United States and abroad. Her focus has included marginalized individuals and groups in Latin America, Asia, and the United States. She found that spiritual traditions and values were often the spark or sustenance in community-improvement efforts but that secular institutions mostly did not allow space for exploring these aspects. Hartley was raised and currently worships in the Episcopal Church, and she has found   additional inspiration through her work and life experiences in Central America, Asia, and Native American communities.

Katherine Wood is a consultant and board member for nonprofit organizations following three decades of leadership experience in international diplomacy, higher education, and the arts in Washington, dc. She has a bachelor’s degree in history from St. Olaf College, a Master of Music degree in flute performance from Boston University, and a Master of Divinity degree from Harvard Divinity School. From an early age she was interested in other countries and cultures and in what different artistic and religious forms of expression say about various ways of being human. Her faith journey has taken her to surprising and enriching places. Baptized a Methodist, she attended a Lutheran college, where she participated in Quaker meetings during the Vietnam War. Later she was drawn to Eastern contemplative practices while worshiping at an Anglo-Catholic parish that drew her into the Episcopal Church. 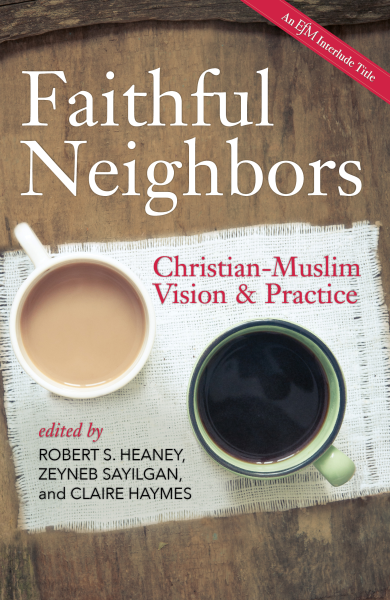 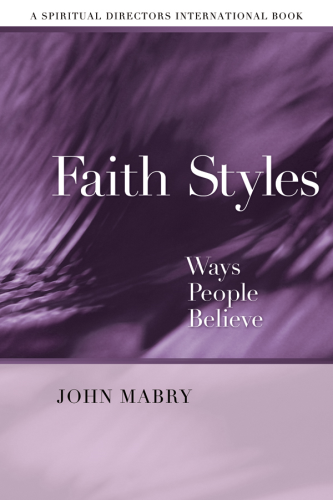 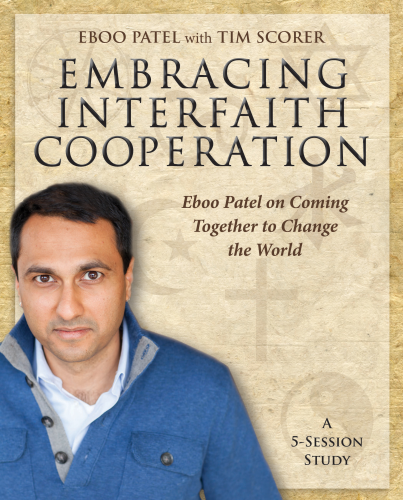 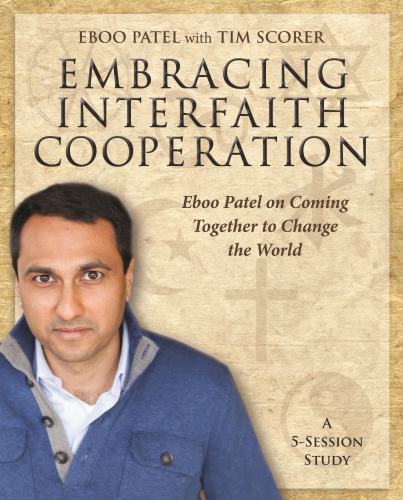 Many Parts, One Body

The Four Vision Quests of Jesus 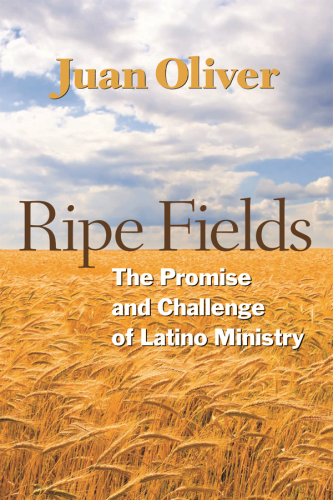 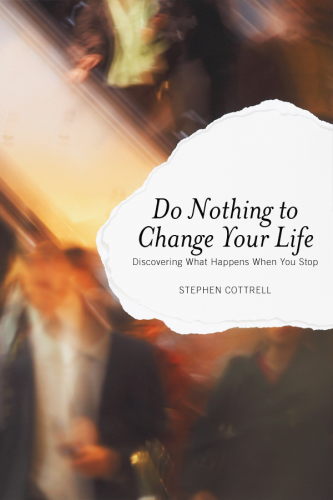