A Vision of Anglican Orthodoxy

Responding to the controversy and divisiveness within the Anglican Communion – particularly over the issue of homosexuality – Alan Jones offers a more balanced look at the middle way to be found within Anglican orthodoxy. With its focus on careful listening and prayerful deliberation, Jones’s vision of orthodoxy is the antidote to the anger and bitterness that threatens the Body of Christ today. In this thoughtful volume, Jones takes a look at Anglicanism from four different perspectives – fundamentalism versus modernism, the tired caricature of Anglicanism as “muddled thinking,” as an orientation toward transcendent mystery, and through the eyes of some of Anglicanism’s greatest exemplars.

Alan Jones, author of Passion for Pilgrimage and Soul Making, is dean of Grace Cathedral in San Francisco. He was formerly director of the Center for Christian Spirituality at General Theological Seminary in New York.

"Alan Jones has written an extraordinary ‘tract for the times' as conflict threatens to tear the fabric of the Episcopal Church and the Anglican Communion. In his usual witty, provocative way, and with a banquet of literary and theological resources, Dean Jones issues a clarion call for a 'credible, compassionate orthodoxy' within Anglicanism. Taking issue with the certainties of both liberals and conservatives, Jones argues for a faith that acknowledges the fragility and fallibility of all human knowing, and so depends on generosity, tolerance, and conversation. Here is a vision that is deeply orthodox yet relentlessly questioning, as he calls a divided church back to its fundamental principles-the mystery of God and the primacy of love. This is a book for the times. Take it and read!" -The Very Reverend Samuel Lloyd, dean of the National Cathedral"In Common Prayer on Common Ground, Dean Jones, writing in his typically graceful and highly readable way, sets out to call Anglicans to embrace, yet once again, the true orthodoxy which is the ground of our common faith. He has done that and more. He has reminded us, and invited us, to reflect on the marvelous grandeur that is God's ever present love that animates the common ground on which all people stand." --The Rt. Rev. Mark S. Sisk, Fifteenth Bishop, Episcopal Diocese of New York"With characteristic lucidity Alan Jones invites us to go beyond the categories of liberal and conservative and reclaim a generous Anglican orthodoxy. It is an orthodoxy which reveres mystery, can live with paradox and is validated by the way we treat one another." --The Most Rev. Frank T. Griswold, Presiding Bishop and Primate, The Episcopal Church"As various groups in the Anglican Communion stand their ground, we can so easily forget that we are called to live together on common ground. Here is an eloquent and faithful vision of Anglican orthodoxy that does not mistake a part for the whole, and sees our future in all that it means to be an Anglican." --The Very Reverend Peter Eaton, Rector and Dean, Saint John's Cathedral, Denver, Colorado"Common Prayer on Common Ground is Alan Jones's love letter to Anglicanism. It compelled this pilgrim to hunger and thirst for a deeper romance with God and all our sisters and brothers. We pilgrims need to make all letters messages of love." –Dean George Werner, President of the House of Deputies, The Episcopal Church
Click For a Book Preview

Welcome to the Church Year 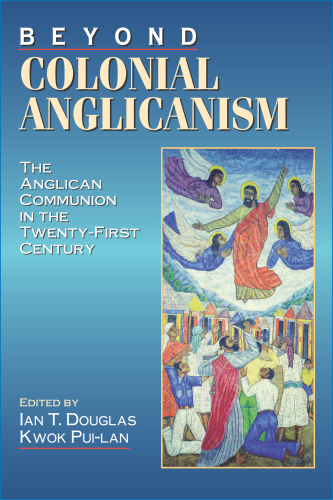