How the Magi Truly Became Wise

An Instant Pageant for Epiphany

With the typical cast for an annual Christmas pageant (including a tableau with the Holy Family), we hear the story of the birth of Christ from the vantage point of the Magi, with a conclusion that leads us to focus on the meaning of Epiphany.

This “instant pageant” was developed out of the need to fit busy schedules that don’t allow for elaborate productions and multiple rehearsals for a children’s Christmas pageant. It can be performed as the Liturgy of the Word on a Sunday morning near to Christmas or Epiphany, with only one rehearsal required the day before. By reserving all the speaking parts for older children or teens who serve as narrators and the congregation singing carols during the scene changes, this is a very effective model. For this pageant, hymns are chosen from The Hymnal 1982. The cast can expand or contract as necessary, by using or not using some of the minor roles. Photographs of how this was performed at St. Thomas’ Church in Hamilton, NY are included.

Donnel O’Flynn retired in 2015 after 30 years of parish ministry in Connecticut, Massachusetts, and Central New York. With his wife, Janet, he lived in Haiti for a year as an Episcopal Volunteer in Mission, and now resides in his home state of Montana, where he is part-time rector at Christ Church in Kalispell. A Clergy Refresher Leave grant from the Lilly Foundation in 2010 allowed him to see the splendid carved crosses of Ireland and Armenia in person. His quest to understand their iconography eventually led him to an encounter with the Cross as the Tree of Life, and the desire to share this vision with others.

The Feast of Lights

37: The Story of St. Julian of Norwich 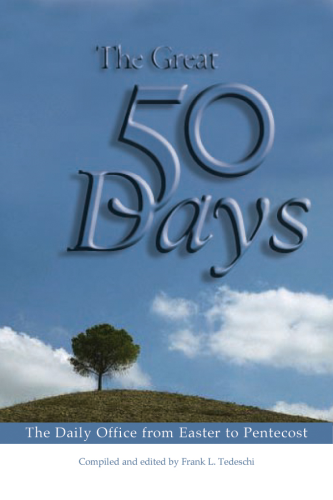