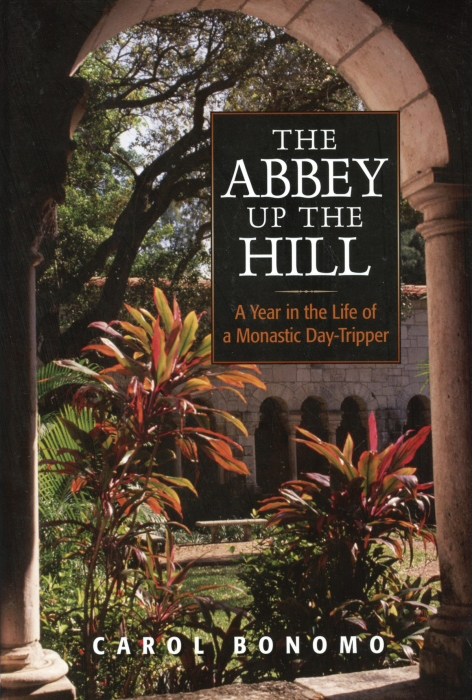 The Abbey up the Hill

A Year in the Life of a Monastic Day Tripper

Artist, crafter, diarist, recovering alcoholic, Episcopal, Catholic, spiritual gypsy. These are some of the ways that Carol Bonomo has described herself. Like many of her generation, she had trouble finding a spiritual home. “I’m one of those ‘seekers’ who doesn’t know what she’s looking for, and wouldn’t recognize an answer to the meaning of life if she tripped on it in the dark.”

Her spiritual adventures included the Catholic Church, the Episcopal Church, Alcoholics Anonymous, and her attempt to become a lay associate of the Franciscans. But the Franciscans sent her away. “Run, don’t walk, to the abbey up the hill,” they advised her. And so she did, heading to the Benedictine abbey she was pointed to, where she found the home she’d been seeking for so long.

The Abbey Up the Hill is Bonomo’s reflection on her first year as a Benedictine oblate—a lay person vowing to live according to the 6th century Rule of St. Benedict, a monastic guide to living a balanced life with God at the center. Month-by-month, she records her spiritual growth with honesty, humor, and insight. This is the unforgettable story of a pilgrim’s struggles to leave off wandering and finally come home.

Carol Bonomo, a lobbyist and speechwriter by day for a state university in southern California, is the author of The Abbey Up the Hill: A Year in the Life of a Monastic Day Tripper and, Humble Pie: St. Benedict's Ladder of Humility.

"What a rare treat--a spiritual journey tale with no sentimentality, no ecstasy, no idealized monastery! Bonomo's honesty and wry wit make her a refreshing travel companion on the rocky way to community, stability, and a place of belonging." --LaVonne Neff, compiler of Breakfast with the Saints"Throughout, Bonomo deftly interweaves her personal story -- her alcoholism, her father's sudden death, her persistent fear of being an outsider -- with cryptic tales from the fourth-century desert fathers and mothers, principles from the 20th -century Twelve Step movement and wisdom from all 73 chapters of the sixth-century Rule of St. Benedict. As in a good novel, her character develops believably. Without forsaking her acerbic with, Bonomo eventually finds a father figure in the kindly nonagenarian abbot, a home in the abbey and its Rule, and the Beginnings of stability: "This year, for once, I stayed still." A down-to-earth spiritual journey memoir, this book is also a painless introduction to the Rule of St. Benedict."--Publisher's Weekly, July 1, 2002With engaging, detailed prose she describes her spiritual-mentoring progress and her discovery that she belongs in community. CBA Marketplace Nov, 2002"Like many of us, Carol Bonomo is a pilgrim. A New Englander, now living in California. An artist, a crafter, a diarist. A secular Franciscan, Catholic, Episcopalian. A spiritual gyspy, and now a Benedictine Oblate...Her book is a commentary on the Rule. She interweaves her observatons of the monks and of her fellow oblates with the San Diego weather and talkes from the desert fathers and mothers. Through the rhythm of her visits and ongoing study, stability did take root, and "the parched land became a pool." Reading her book...is like watching a fower unfold. --The Oblate, Oblates of Sant John's Abbey, Collegeville, Minn."Her struggles to adapt to her own life the "rules" laid down by a monk more than 1500 years ago form the basis of this insightful, often amusing, spiritual diary. And a closer look at St. Benedict's rules could benefit the rest of us as well."--Sandy J. Anderson, NAPRA Review, Nov/Dec 2002."This is a deeply personal story and an honest one; she tells us of the days where her time at the monastery is not fruitful as well as about the experiences that make her spirit soar. Her writing speaks to me because she's almost as lost as I am spiritually and she's not afraid to admit it. Bonomo's is not a completed conversion but an ongoing one and the end of the book is not the end of her pilgrimage." -Sue A. Wasiljov in Reviewer's Corner, Mount Saint Agnes Theological Center for Women, Baltimore, Md. 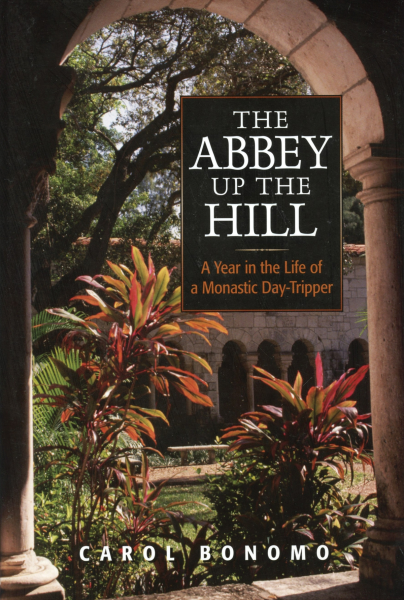 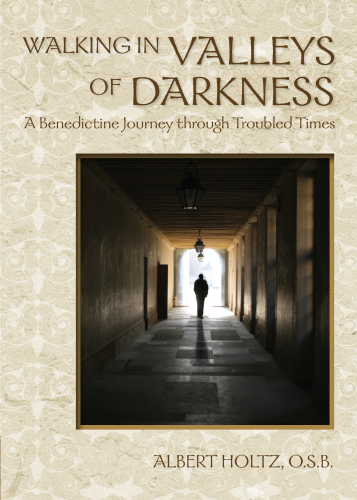 Walking in Valleys of Darkness 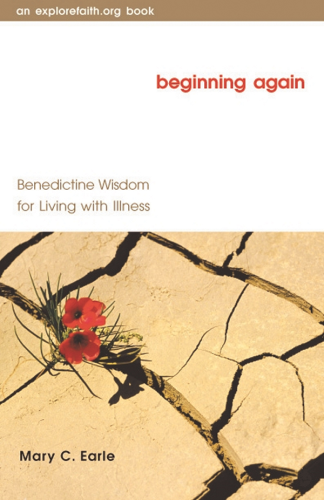 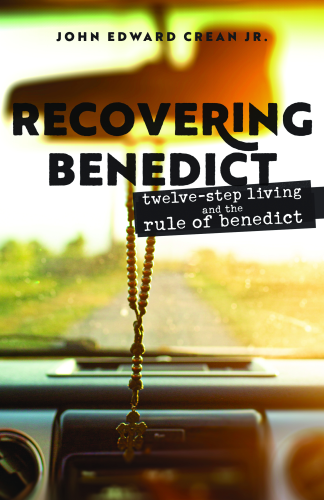 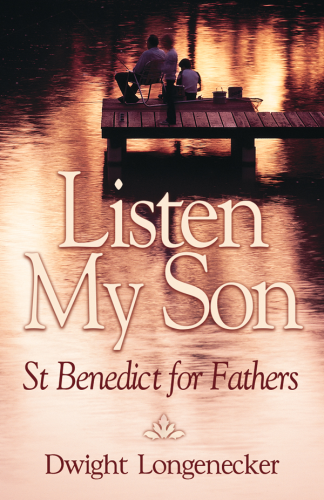 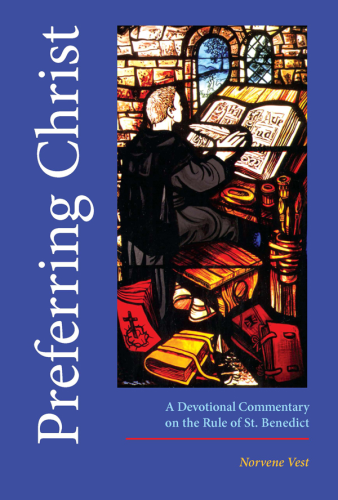 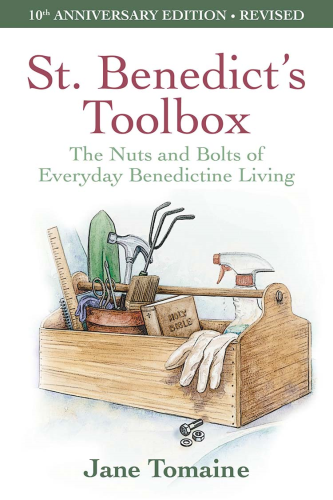 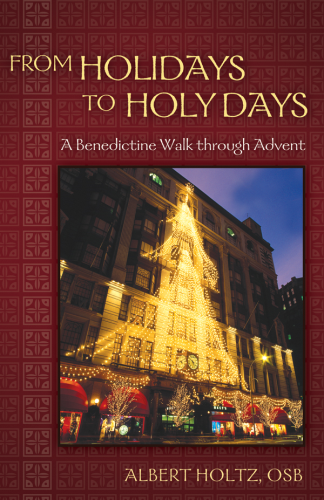 From Holidays to Holy Days 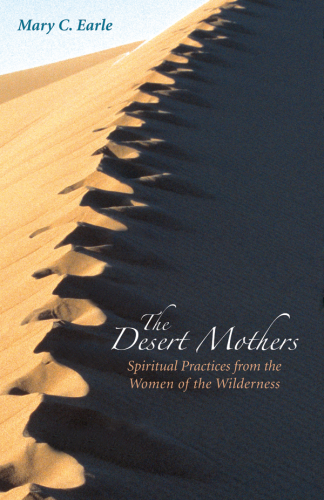