The Pageant of the Miracle Births is a traditional Christmas pageant that includes the birth of Isaac, the adoption of Moses, the birth of John the Baptist, the Annunciation and Nativity. It is a pageant described as "no-rehearsal" because the children who perform the parts do not need to memorize lines or actions. Instead, they are encouraged to act out their parts as described by the narrator. This helps to focus everyone's attention on listening carefully to the narration as well as watching the children. It is distinctive in that it includes stories from the Old Testament that help to set the scene for the Christmas story. It is designed to help build the Biblical literacy of the children and congregation. It is intended to hold the attention of anxious children and tired adults who think they already know the story. This Christmas Pageant comes with full production notes from start to finish, including a recommended timeline from September to the day of performance for volunteers, making this truly one that requires no rehearsal. "No Rehearsal" is not the same as "No Work." Successfully staging any of these pageants will require considerable thought, preparation and effort. The key practical advantage of these pageants is that the advanced preparation falls on a relatively small number of people. This pageant is intended to work with at least ten and up to fifty or more children as performers. For groups at the smaller end of that scale, children can appear in different parts in different scenes. You can find sufficient parts for large casts by adding members to groups of indeterminate size – shepherds, angel hosts, royal courts, and so on. Cast of Characters (16+)

The Pageant of Deliverance

These Are Our Bodies: Middle School Parent Book 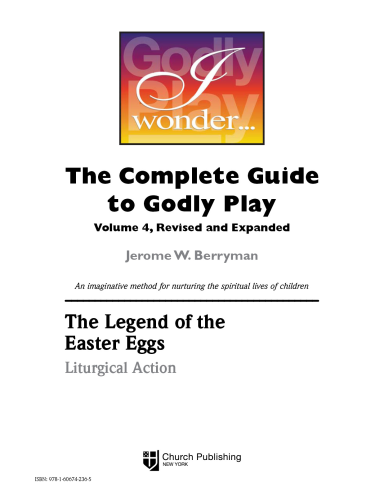 The Legend of Easter Eggs 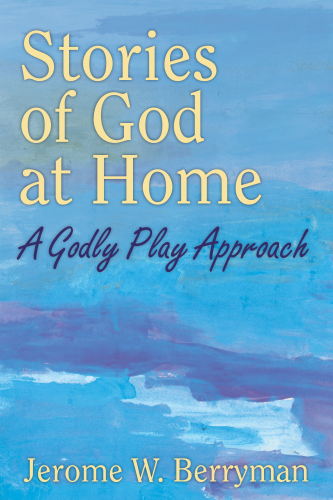 Stories of God at Home 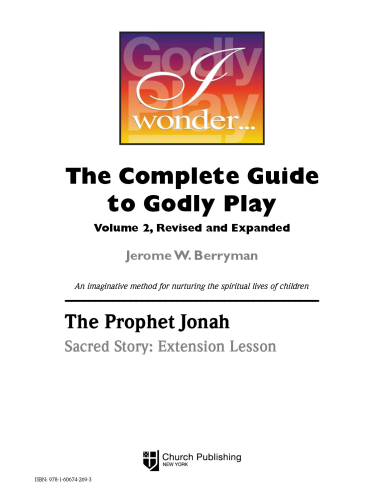 Living in an Icon

Greatest Hits of the Miserable Offenders